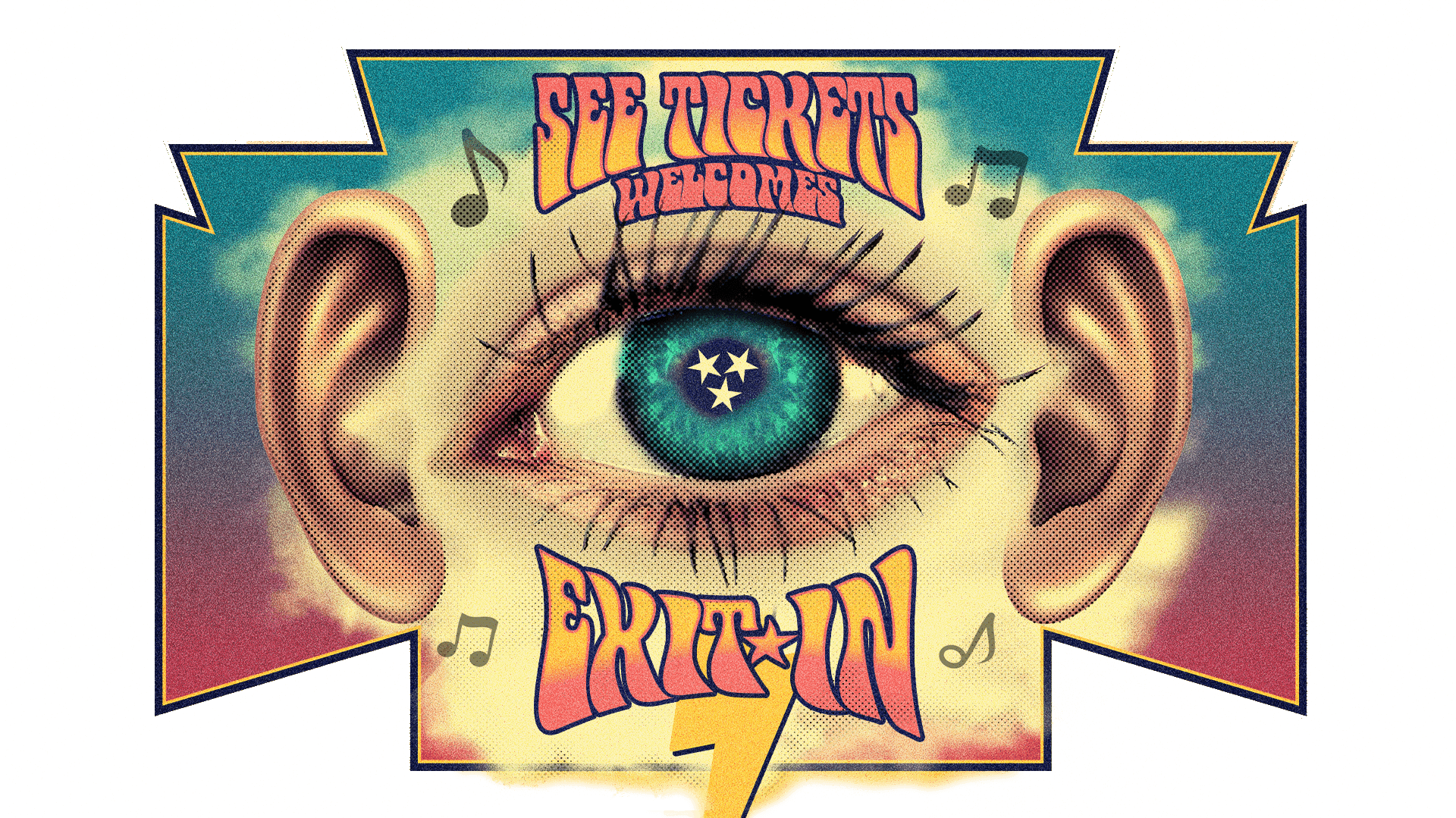 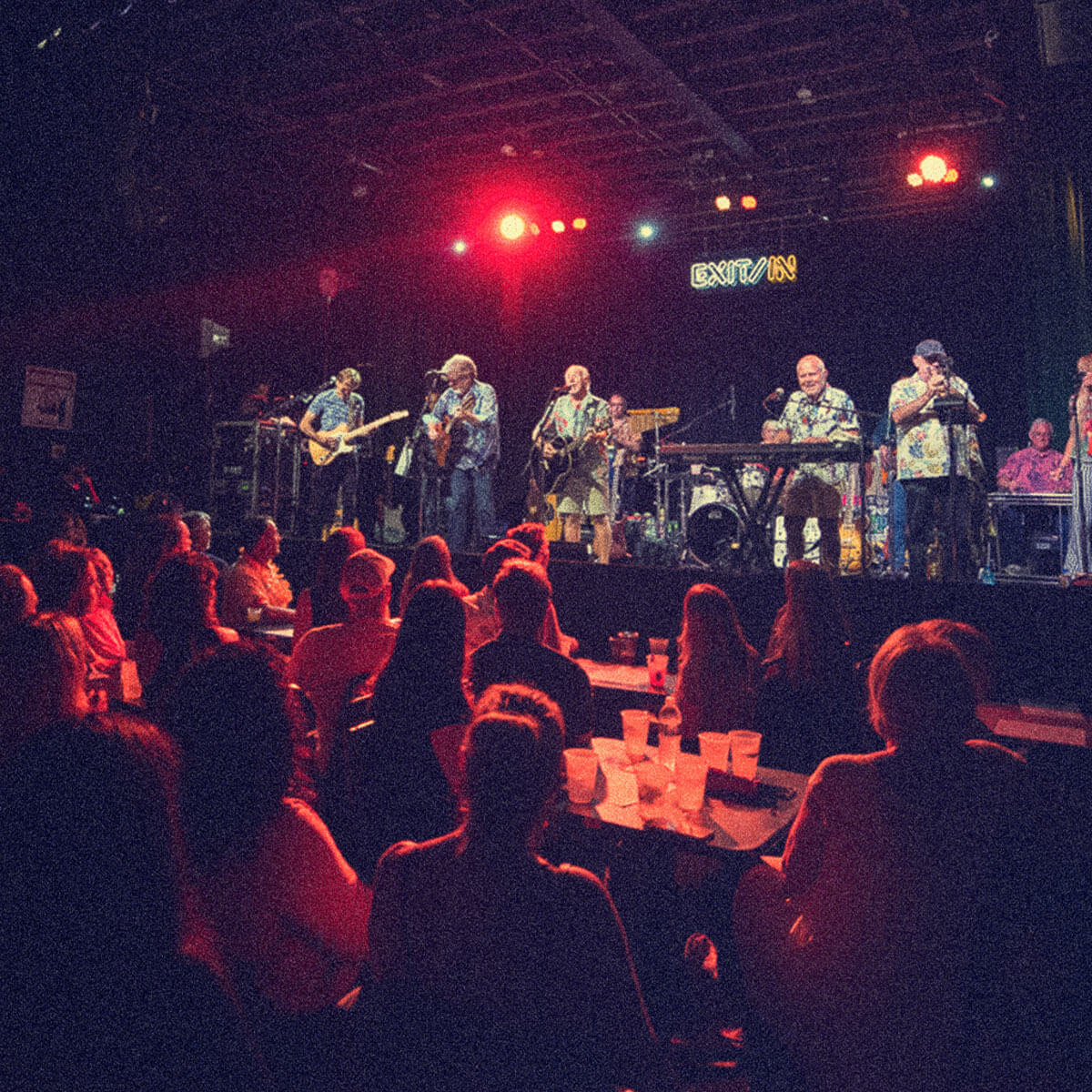 In one of the fastest-growing cities in America, long-running institutions like the Exit/In are becoming harder to find. Located in the heart of Nashville's historic "Rock Block" — a stretch of locally-owned businesses that have shaped the town's countercultural community for decades — the venue launched in 1971 and celebrates its fiftieth anniversary in 2021. That rich rock & roll legacy is impossible to ignore, even for casual pedestrians who walk past the club's longtime headquarters at 2208 Elliston Place. After all, highlights from a half-century's worth of shows are listed on the "Wall of Fame" mural that graces the outside wall, including names like Tom Petty & the Heartbreakers, Eta James, the Police (whose frontman, Sting, wore an Exit/In t-shirt on the back cover of the band's 1980 album, Zenyatta Mondatta), and Talking Heads.

“Inside, a larger “Wall of Fame” stretches out behind the venue’s bar, listing additional names like Tom Waits, Lucinda Williams, and The Replacements. Although traditionally celebrated as the epicenter of American country music, Nashville has always been more musically diverse than its reputation allows. The Exit/In's genre-spanning list of alumni proves it. There's also a stage — tall and deep, capable of housing a large band without threatening to dwarf the smaller acts that regularly play here, too — along with a balcony, a pair of small bathrooms, and a whole lot of black paint. Resisting the gentrification cycle that has sent so many of the nation's locally-owned clubs into foreclosure, the Exit/In has survived by keeping things simple and frills-free. People don't come here for the architecture; they come here for the music. 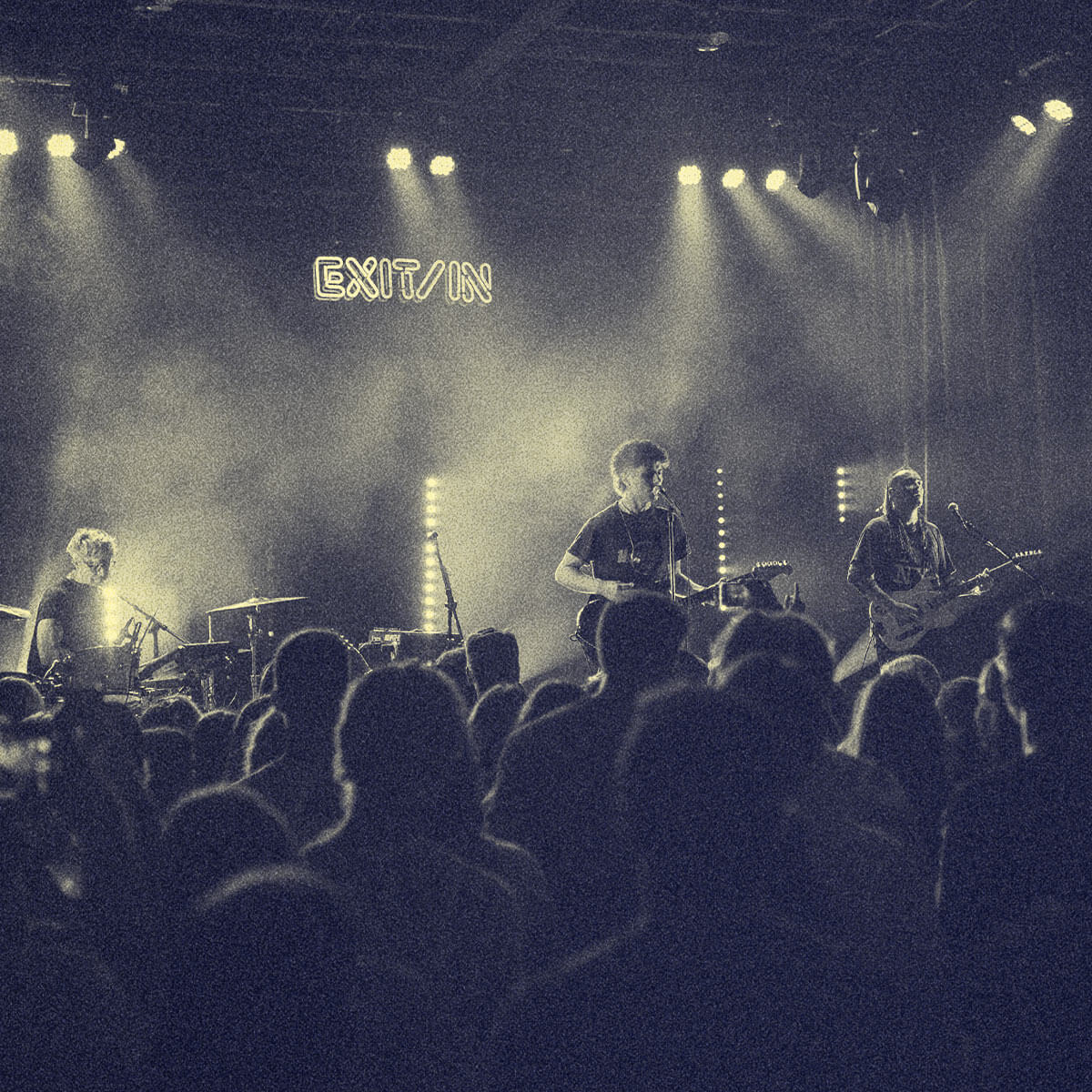 "It's such a special place," says owner Chris Cobb, who's been running the venue's day-to-day operations for nearly two decades. "For starters, it's a great space: a big, open room with high ceilings. There aren't many black-box, rock & roll rooms like this left — not only in Nashville, but anywhere else in the world. You throw a good PA in there and get somebody behind the desk who knows what they're doing, and it sounds amazing. It's not a hard room to mix. It's a great place to play a show and a great place to see a show. Simply put, it's got great bones."

At the time, both the artist and the venue were new commodities with something to prove, and their careers grew in oddly parallel ways over the years that followed. Like Jimmy Buffet, Exit/In has since become an institution — a venue that represents not only a musical community, but a way of life, too. Their paths intersected again during the summer of 2021, when Buffett returned to Exit/In, climbed onto the very same stage he first occupied in 1971, and played a pop-up performance with his Coral Reefer Band.

"It's so incredible and rare to see a club sustain for 50 years in its original location," says Cobb. "There wasn't much live music happening in Nashville in 1971. Exit/In helped change that. This place has an extremely important place in music history — not only in Nashville, but also nationally and globally." 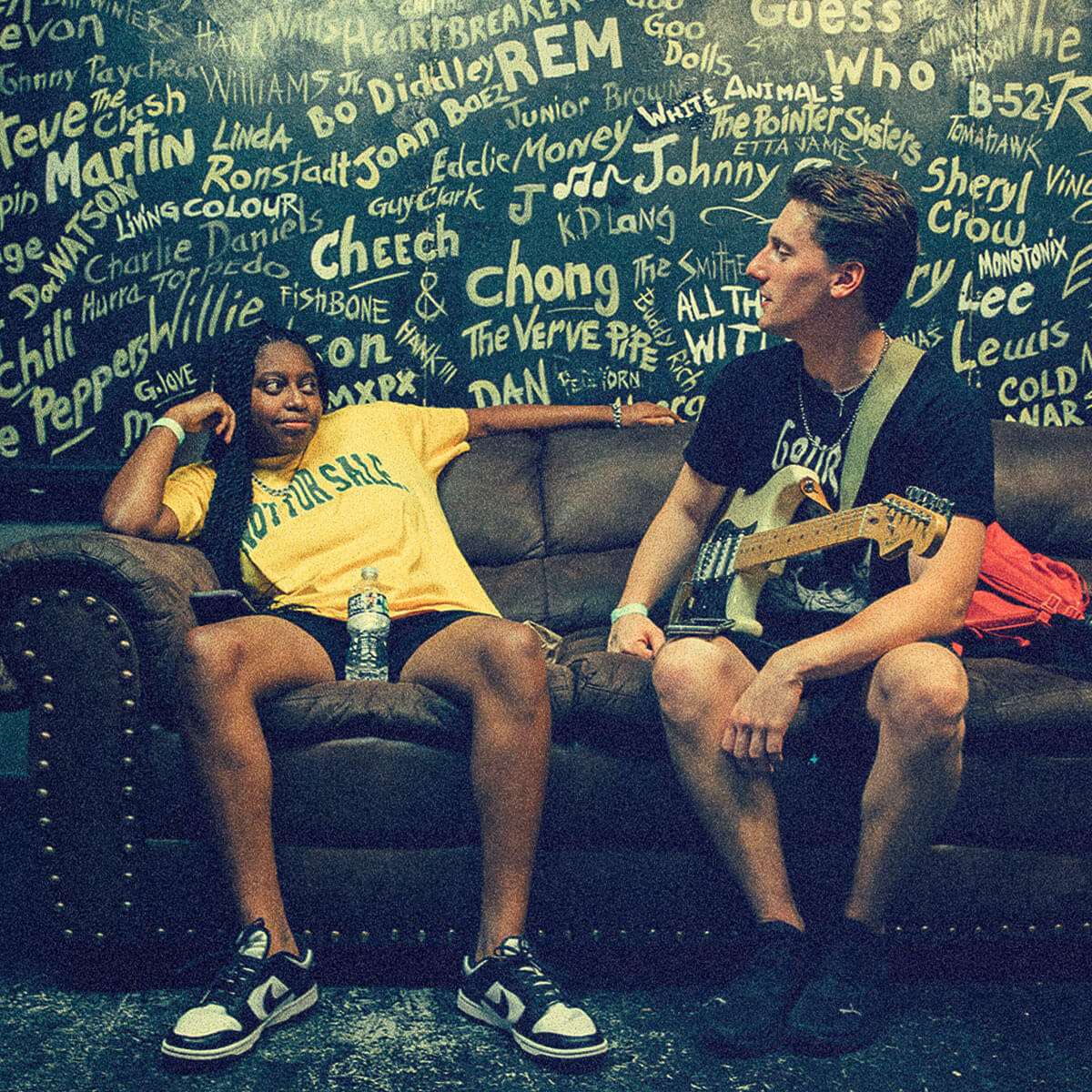 Exit/In has seen its share of challenges, as well. Different owners have come and gone — 26 of them, in fact — and the Covid-19 pandemic left the club shuttered for 444 days during 2020 and 2021. It was during the shutdown that a hotel-development group named AJ Capital Partners announced plans to purchase the venue’s building, prompting a grassroots coalition of friends, fans, legislators, and artists to rally behind Chris Cobb’s attempt to buy the property himself. More than 4,300 individual donors contributed to the effort. The largest single donation came from Hayley Williams, frontwoman of the Tennessee-based Paramore, who raised $45,000 in partnership with the shopping mall staple Hot Topic. Meanwhile, more than a dozen local musicians -- including Aaron Lee Tasjan, Lilly Hiatt, and Wilco co-founder Ken Coomer -- performed a benefit show over Memorial Day weekend, with all proceeds going to the Cobb fund. Although the sale was finalized in July 2021, Cobb remains emboldened by the overwhelming support of his community.

"We want to ensure that the Exit/In stays here and continues serving creative, working-class artists and music fans," he says. "Being closed for 444 days certainly underscored how much we value the Exit/In. We have an enhanced appreciation for the club now and are enjoying every minute we can." 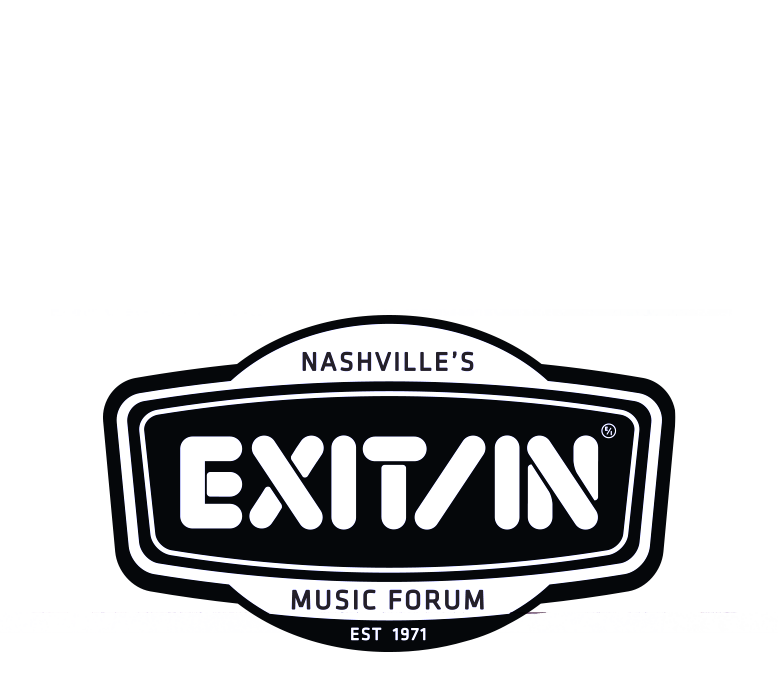 The future may be uncertain, but Cobb isn't jumping ship anytime soon. This is what the Exit/In does best — it perseveres. It rolls with the punches. Years of sky-rocketing property taxes and increasing population rates have changed Nashville's demographics, yet Exit/In remains. That longevity is the result of a tireless staff, reasonable ticket prices, and thousands of loyal fans, many of whom have been attending the venue's shows for decades.

"At the end of the day, the margins are tiny," Chris allows. "It's a lot of heavy lifting, and you've got to be willing to put in the work. Does it get to be a grind, doing an average of 19 shows a month, year after year? Sure, sometimes. So why is this place still here? The truth of the matter is, it's still here because every time things start to look hopeless, there's always been someone around who believed enough in this place to give it a go."

At Exit/In, the people believe.