A Cultural Treasure in the Heart of the Santa Cruz Mountains

In 2019, Thomas Cussins and a tight-knit team of music-industry lifers took ownership of Felton Music Hall, an iconic music venue nestled among the redwoods high in the hills above Santa Cruz, California. The hall, which was founded in 1995 as Don Quixote’s, has cultivated a devoted fan following over the decades thanks to its warm, rustic vibe and its carefully curated performances by a diverse roster of both local talent and national touring acts. We sat down with Cussins to learn more about how his artist-first approach supports the advancement of indie musicians and how Felton Music Hall has become a beacon in Northern California’s vibrant music scene.

For music makers and music lovers alike, the most memorable live shows are often the most intimate ones, where artists can connect with the audience and where everyone feels at home. This is the kind of magic that drives Thomas Cussins, co-owner of Felton Music Hall.

In 2019, in the tiny town of Felton, deep in the Santa Cruz mountains, Felton Music Hall opened its doors with a Wolfmother show. The event marked the iconic venue’s return to live music after a brief stint as a steakhouse and tapped into the character of its predecessor, Don Quixote’s, where for decades greats like Neil Young and Father John Misty would deliver world-class performances in the heart of the Redwoods.

Cussins was a Don Quixote’s regular back in his college days, and when the venue went up for sale, Cussins jumped at the opportunity. As president of Ineffable Music, Cussins brought long-term vision, experience, and passion for art and artists. An Oakland-based independent coalition of musicians, managers, and promoters, Ineffable Music owns or books eleven music venues including the Fremont Theater in San Luis Obispo, the Mystic Theatre in Petaluma, and The Cornerstone in Berkeley. In Felton, Cussins saw a chance to root a new venue that would pay homage to its rich history, celebrate and uplift the community, and offer the best in both local talent and touring artists.

At Felton Music Hall, visitors are treated to an eclectic lineup of local, regional and national acts, served up over fresh, unpretentious food and drink. From day one, Cussins and his crew put great music at the core of every decision. “First and foremost, it’s always about the music,” he explains. “We'll be dark if there's not a good band. That's important; it’s not just trying to fill holes in the calendar, but about finding the right act.” The vision for Felton Music Hall is expansive, with a goal for great artists of all backgrounds and styles—from punk, to Americana, to reggae, to indie rock—to find a stage here.

“We do everything we want to do, and we do it right,” says Cussins. “That has meant upgrading the sound system significantly and booking bands that we just love, even if they aren’t yet the most profitable. We wanted this to be the living room of the San Lorenzo Valley, so anybody who lives up here could just come by after a long day's work and hang out. We wanted a situation where you don't even know the band, but you're willing to go see the show because you know it's going to be good.” 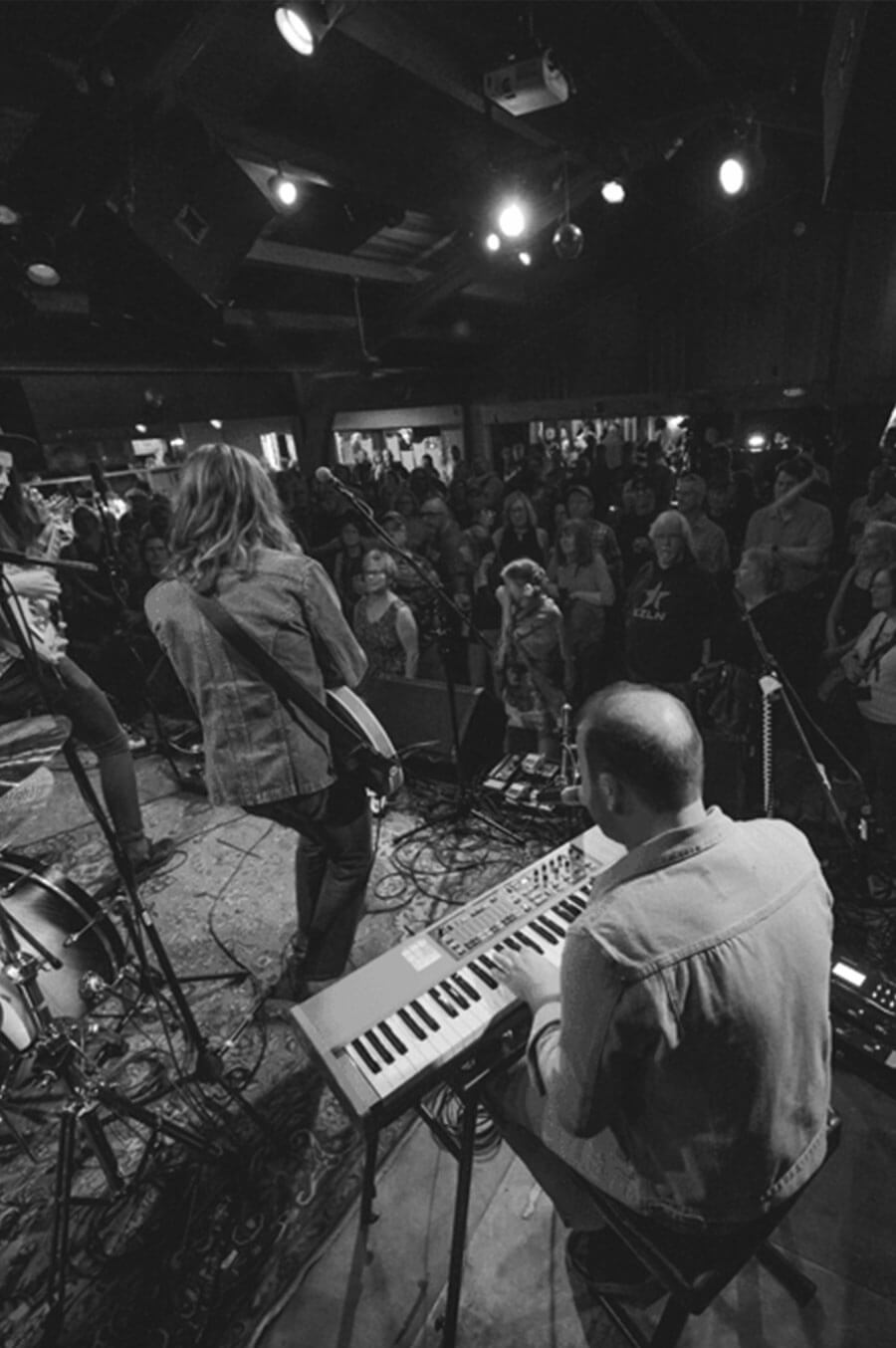 The Felton Music Hall is willing to take risks if it means cultivating a community of musicians and music lovers and staying true to its values. “We really try to build up the local community because it's super hard to be a local musician and afford to live in California,” says Cussins. “We definitely try to reserve one or more nights per week for local bands that are showing, that sound good and are hustling and promoting themselves. We'll long-term develop bands that we believe in. Even if there's no way we can cover our staffing costs, we'll do it if we believe in the local band and they're doing the right things.”

Community access and ownership are important to Cussins and his team. To that end, the hall launched an innovative membership program that lets fans pledge monthly or annual support, with plans starting at $5 a month. In exchange, patrons receive merch, discounts, and free tickets to exclusive events. “The membership program has been cool because it lets people on all levels to be a part of the hall and take ownership in it and say, hey, this is my place.”

Whose Woods These Are

Part of the allure of the Felton Music Hall is its setting. The town of Felton is tucked inside one of California’s most stunning natural wonders, which draws fans and artists alike. “You park a bus here and you're a three-minute walk from the redwoods,” says Cussins. “Henry Cowell State Park is right there. You're right in the thick of it. You're like, where am I?”

It’s as though the warmth and wonder of the forest extends inside the walls of the venue. “Acoustically, the hall is amazing,” says Cussins. “The old wood just sounds really good. We've done some recordings there and I'm always amazed at how warm it sounds. This means we can have big bands like a Stephen Marley play, and production-wise, there are no issues.”

Visiting artists love taking in the town’s woodsy, down-home atmosphere. Cussins tells of the time Billy Bob Thornton played and made Felton his own for a day. “He went down the street to the gem store and bought some gems. And then went to a local dive bar and hung out and had a drink. You're in this one-street town, but at the same time, you can deliver a quality of concert that you might get in a major city.”

A Long-Term Vision to Elevate Artists

In short order, Cussins, general manager Cory Atkinson, talent booker Casey Smith, and crew have made the reborn hall a Felton fixture, and the organic, grassroots approach his team take to their craft has already made its mark. Yet their long-term vision is equally important and the reason they’ve poured their hearts into this small-town venue.

“I think there's a vibrant music scene, in California in general, but also in the greater San Francisco Bay Area,” he says. “These smaller markets are a great place to build up a fan base so that when you are playing the Independent in San Francisco, you also might play the Mystic Theatre and the Felton Music Hall. And then when you've sold all three of those out, you're ready to move up to the Fillmore. I think it does really help a band to service these smaller places as they're trying to grow in the major markets. With the bands that focus on hitting the secondary markets as well as the majors, you can see a longer-term support from their fan base.”

For Cussins, the music business is not a zero-sum game; it only works if everyone is winning together. “We've had the great luxury to work on pretty much every side of the business,” he says. “I've been a talent buyer, a manager, a promoter. That helps us to understand, what are the bands looking for? What deals are fair for everyone, that are sustainable for everyone? What's the right price point, where it's a good value for the customer, but also fair for the level of the artist? And we really do try to holistically think about all of that as we program.”

Cussins is a big believer in supporting both local scenes and genre-based scenes, drawing from both to cultivate diverse music programming. “We need live music. And we need to have that culture and that sharing of ideas and experience together,” he says. “With COVID, it's just really reinforced that for me, never to take that for granted, and how valuable it is to be able to gather together and experience that joy.”

Felton Music Hall says it is thrilled to align with See Tickets, which understands and supports the unique needs of independent artists and venues. “Through the pandemic, See Tickets have proved themselves to be long-term partners who care about event producers, artists, and fans,” says Cussins. “We are excited to have them as our ticketing partner at Felton Music Hall and other venues across the country."